INDIA and The UK Working together for shared prosperity

INDIA and The UK Working together for shared prosperity


India and the United Kingdom set a historic way forward for bilateral relations during a virtual summit between the prime ministers of the two countries on May 4, 2021. The Prime Minister of India Narendra Modi and the UK Prime Minister Boris Johnson agreed on a common vision of a new and transformational Comprehensive Strategic Partnership between the UK and India, and adopted an ambitious India-UK ‘Roadmap 2030’ to steer cooperation for the next 10 years. The two leaders gave an ambitious blueprint for future relations and the virtual summit, despite the raging global pandemic, indicated the deep desire on both sides to forge ahead with a futuristic vision for bilateral ties. They welcomed the signing of the new UK-India MoU on Telecommunications/ICT and the Joint Declaration of Intent on cooperation in the fields of Digital Technology, the establishment of new high-level dialogues on tech, new joint rapid research investment into Covid19, a new partnership to support zoonotic research, new investment to advance understanding of weather and climate science, and the continuation of the UK-India Education and Research Initiative (UKIERI). Both leaders agreed to expand and enhance the existing UK-India vaccines partnership, highlighting the successful collaboration between Oxford University, Astra Zeneca and the Serum Institute of India on an effective Covid19 vaccine that is ‘developed in UK’, ‘Made in India’ and ‘distributed globally’. They emphasised that the international community should learn lessons and agreed to work together to reform and strengthen WHO and the global health security architecture to strengthen pandemic resilience. Measures were identified for the coming months and years to increase people-to-people contacts and enhance ties in multiple areas with progress to be monitored through an annual strategic review at foreign ministers level, reporting to the two Prime Ministers.

India and the UK enjoy a vibrant economic relationship. The two-way merchandise trade amounted to USD 15.4 billion in 2019-20. Trade between the world’s fifth and sixth-largest economies has scope to grow much further, especially following the new opportunities created by the UK’s withdrawal from the European Union. A declaration on the launch of an Enhanced Trade Partnership (ETP) was signed with the intent to negotiate a comprehensive Free Trade Agreement, including consideration of an Interim Trade Agreement for delivering early gains. The joint ambition is to more than double bilateral trade by 2030.  New measures to achieve this objective were also set out.  When implemented, these measures are likely to generate 20-25,000 new direct and indirect jobs in India. There is an extensive investment relationship between the two countries. Eight-hundred and fifty  identified Indian companies in the UK have a combined revenue of £50.8 billion, and employed 116,046 people in 2019-20, while 572 UK companies in India were identified with a combined turnover of around INR 3,390 billion in 2019-20. New and renewable energy, creative industries, advanced engineering, agri-tech, healthcare and life sciences, including pharmaceuticals, infrastructure, metallurgy, automotive and agricultural engineering, defence and food processing industry were identified as priority areas, with a Production Linked Incentive Scheme to encourage UK companies to invest in India’s manufacturing sector.

India and the UK have a strong ongoing cooperation in the health sector. The UK was one of the first to respond to the second Covid-19 wave in India, sending critical medical equipment like oxygen concentrators, cylinders and ventilators. India too had promptly responded to the need for drugs like paracetamol during the UK’s first Covid-19 wave. A rare positive outcome of this pandemic is the successful vaccine partnership that emerged through collaboration between Oxford University, AstraZeneca and Serum Institute of India. Expansion of the partnership on vaccines, therapeutics and diagnostics on Covid-19 and beyond will deepen cooperation. 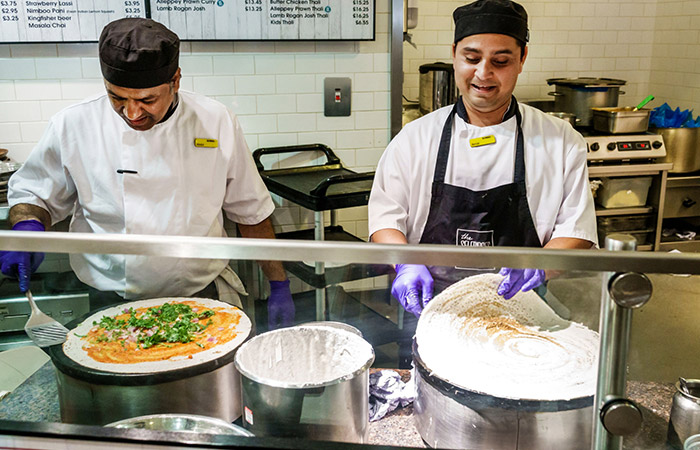 Scientific research and innovation are essential for nations to advance in the modern world. The UK has international-standard universities and is known for its innovative capabilities. It is already India’s second largest partner in research and innovation collaborations. A natural corollary to this ongoing collaboration was the willingness of both countries to enhance regulatory and technical cooperation on new and emerging technologies, including digital and ICT products and work on supply chain resilience. A new co-financed India-UK Global Innovation Partnership was announced with a vision to transfer inclusive Indian innovations to select developing countries. A joint Centre of Excellence on green hydrogen and cooperation in the important area of artificial intelligence (AI) will add depth to ties.

Both countries are committed to protect the environment and achieve the goals of the Paris Agreement. In the Roadmap, India and the UK commit to working together and co-lead global climate action and outline plans to launch the Global Green Grids Initiative at COP26 later this year to help achieve India’s vision of ‘One Sun, One World, One Grid’, aiming to implement a transnational electricity grid to supply solar power across the world. The two nations will also work together and share best practice on the development of offshore wind energy and electric vehicles and will co-chair the Coalition for Disaster Resilient Infrastructure. The UK will host the COP26 this year in Glasgow where both nations will engage closely.

A new chapter was opened by the two countries in their cooperation on migration matters through an MoU on migration and mobility partnership, following which the UK will create a new scheme every year for upto 3,000 young Indian professionals to avail employment opportunities in the UK for a period of two years without being subject to labour market test. With this, India joins the select list of partners like Australia, Canada, Japan and South Korea. It was also agreed to streamline the procedure for returns.    The ambitious 2030 Roadmap on India-UK relations is the first since the formal ‘Comprehensive Strategic Partnership’, which was agreed upon in 2005, and offers a much-needed reset at the time of strategic urgency in a post-Covid world. With a wide ranging agenda for future collaboration, India and the UK are well set for paradigm changing long term partnership. In keeping with this tenor of friendship, Prime Minister Johnson also invited Prime Minister Modi for the G7 meeting in Cornwall in June 2021, which India attended virtually as a guest country.

Ruchi Ghanashyam has served as the High Commissioner to the UK, Ghana and South Africa. She was Secretary (West) in Ministry of External Affairs (MEA), New Delhi from April 2017 to November 2018. She has also served in the Embassy of India Damascus, Kathmandu, Brussels, High Commission of India Islamabad and in the Permanent Mission of India to the UN, New York. She can be reached at twitter.com/RuchiGhanashyam