The legacy of the Golden Screen

The legacy of the Golden Screen

What began 50 years ago as a platform to showcase some of the best international cinematic productions in India has today become one of the world’s most reputed film showcases. The International Film Festival of India (IFFI) raised the curtains on its 50th year on November 20 in Panjim, Goa, with an inaugural star-studded ceremony that was graced by the likes of such stalwarts of India’s entertainment industry as Amitabh Bachchan and Rajnikant. Organised by the Ministry of Information and Broadcasting, Government of India, and Goa government, IFFI is not only one of the first film festivals of Asia but can also be said to be the most significant, offering a platform to films of disparate genres and letting even the silent find a voice.

Women and their dreams

More than 200 movies from 76 countries were screened at the event. But the main takeaway was the sheer number of films that were either helmed by a woman or had a woman-centric narrative – over 50 (from across the world)! These films highlighted the incredible stories of women and their dreams. Two of the most noteworthy ones include 37 Seconds by Japanese film director Hikari and At Five in the Afternoon by Iranian filmmaker Samira Makhmalbaf. While the first is a heartwarming tale of a young Japanese woman’s struggle to straddle her dreams and her duties towards her family, the latter tells the story of an Afghan girl, who wants to become the country’s president.

There were several others which focussed on women who have dared to dream, including Abhishek Shah’s Hellaro and Sameer Vidwans’ Anandi Gopal. Hellaro, which traces the journey of a young woman from a hamlet in Kutch (Gujarat) who finds her expression through garba (an Indian folk dance), is Shah’s debut venture and fetched him the coveted National Award too. The Marathi movie Anandi Gopal is based on the life of Anandi Gopal Joshi, India’s first female doctor who studied at the Woman’s Medical College in Pennsylvania in the late 19th century. 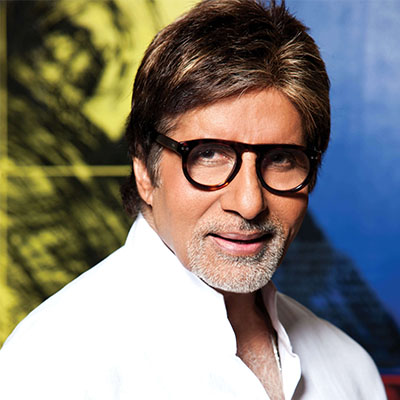 “I am honoured to be here [IFFI, 2019]. I thank the Government of India and the Government of Goa for inviting me. Films have always been an integral part of social life. A festival of this magnitude in Goa also serves the people of Goa; to know and be exposed to what is happening in the world and also gives us an opportunity to meet and mix with people” 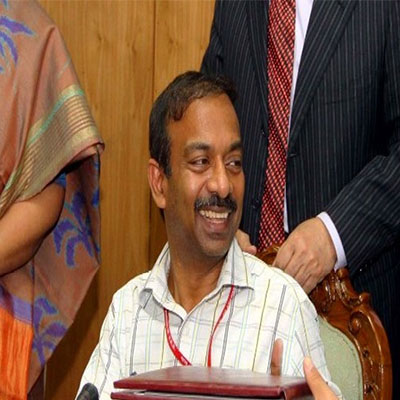 “The objective [of IFFI] is to show that the origin of entertainment comes from India which can be traced to the NatyaShastra, written more than 2,200 years ago”

The festival has always focussed on promotion of regional Indian films and this year too this was reiterated. Five Marathi movies were screened in the event’s Indian Panorama (feature films) section, making it the largest in the number of regional cinema at the festival. Two noteworthy mentions include National Award recipient directors Ananth Mahadevan’s Mai Ghat:Crime No 103/2005 and Shivaji Lotan Patil’s Bhonga. Preserving India’s vernacular heritage was the focus of several regional films. Three films from Northeast India screened at the festival highlighted lost languages. The most-talked about was National Award-winning Assamese filmmaker Manju Borah’s In The Land of Poison Women, which is set in a remote corner of Arunachal Pradesh and uses the almost disappearing Pangchenpa dialect. Noted Assamese filmmaker Utpal Dutta’s Bohubritta, which is filmed in the unique poetry style was the second while National Award recipient Pradip Kurbah’s Lewduh, made in Garo/Khasi language was the third. Also a part of the repertoire were a movie each in Paniya and Irula languages from Southern India. 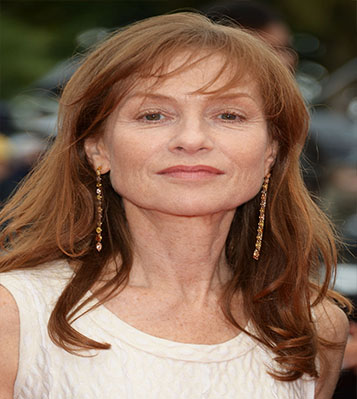 “I had so many wonderful moments in my work life, it is hard to pick up one, I have worked with so many great people, great directors…Go and watch films. That’s a good message” 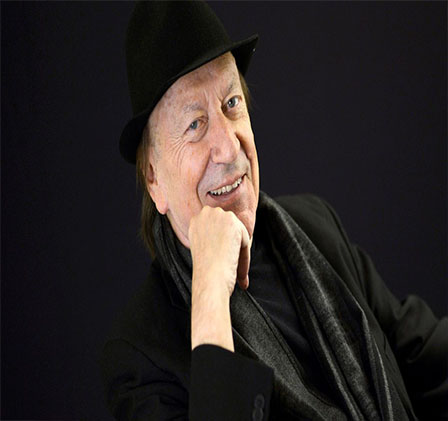 “We are used to co-producing films & It’s nice to exchange experiences between different people. Although we are far, we are of the same family who understand films””

Between the 1950s and late 1970s, Indian cinema saw a rise of a  new league of directors, whose films presented a stark contrast  to commercial ones in terms of story, actors and budget. Such stalwarts as Mrinal Sen, Adoor Gopalakrishnan, Shyam Benegal and Mani Kaul belonged to this category. A special section was curated, “Retrospective of the new wave in Indian Cinema”, wherein 12 movies from eight such directors who dared to push the envelope, were screened. It opened with Ghatak’s Bengali movies Ajantrik and Meghe Dhaka Tara, played Benegal’s Hindi productions Bhumika and Ankur, and Gopalakrishnan’s Swayamvaram (Malayalam) among others.

In a series of firsts — the fest witnessed the India premieres of 90 films, six world premieres and 11 Asia premieres, and also screened three silent films accompanied by live music. Not just that. This year also saw the introduction of a filmmaking competition titled “Mini Movie Mania Short Film Competition”. The topic for the film was given during the event and the participants had to submit their films within 72 hours of the announcement. The festival has always been regarded as not just a platform for film screenings but also an independent forum for discussions and exchanging of creative views. With the participation of  powerful voices from across the international creative fraternity, IFFI allows the fulfilment of cinema’s primary objective — to mirror society, reiterating Satyajit Ray’s words, “The raw material of cinema is life itself”. 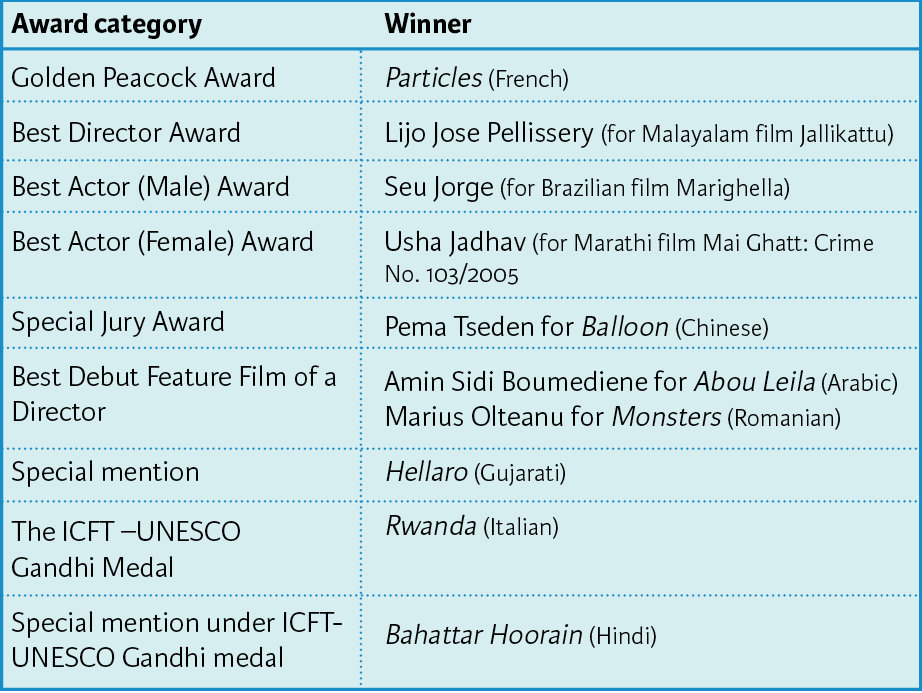 Russia was the ‘Country of Focus’ at IFFI 2019 and eight movies depicting the cinematic excellence and the country’s contribution to world cinema were screened.

The filmmaker in focus at this year’s festivities was Takashi Miike. Hailing from Japan, he is touted to be one of the most outstanding filmmakers in the world. Miike’s repertoire spans across dramatic to family-friendly films, of which First Love, Audition and Dead or Alive were showcased during the festival.

Say it without words

Silent Films with Live Music, a highlight of this year’s festivities, was a  section curated specially to pay homage to a once-favoured form of film viewing. In this section, three classic silent movies – Alfred Hitchcock’s Blackmail, Sergei Eisenstein’s Battleship Potemkin and GW Pabst’s Pandora’s Box – were screened, which was accompanied with live music by a pianist.

Gajanan Khergamker is an Editor, Solicitor and Documentary Film-maker heading think-tank DraftCraft International. He is the Founder Editor of The Draft. He writes across borders on law, diplomacy, Public policy and international affairs.