India’s premier organisation for defence manufacturing and production, the Defence Research and Development Organisation (DRDO), has grown to become one of the top centres of innovation in the world. With this new section based on Indian institutions, we bring to you some of the more recent developments of the DRDO that have put this institution on the global map

When India’s top scientific institutions, the Defence Science Organisation (DSO), Defence Technical Development Establishment (DTDE) Directorate of Technical Development and Production (DTDP) were amalgamated in 1958, envisioning an exponential growth curve for the new Defence Research and Development Organisation or DRDO, would have been difficult. However, over the years the initial 10 laboratories have multiplied to form the existing network of 50 highly advanced research facilities across the country. Many scientific organisations in the country, with the DRDO at the forefront, have provided numerous brilliant and innovative solutions to solve India’s technological hurdles.

When Project Indigo, to develop intermediate range Surface-to-Air Missile (SAM) was first started in 1960s, the newly formed DRDO was just coming into its own. But, the successful launch of the Hypersonic Technology Demonstrator Vehicle (HSTDV) on September 7 is a testament to the massive growth of the DRDO, which has come in leaps and bounds.

Over the years, innovations have multiplied as the organisation has expanded itself to cover not just armaments, but also, electronics, instrumentation, advanced computing and simulation, capacity building, psychological research, reconnaissance and even medical research. Several times, leading innovations have put India at par with the select group of nations that have emerged as leading players when it comes to defence. Also, these innovations have been completely indigenous. Prime Minister of India Narendra Modi’s call for self-reliance had already been incorporated at the DRDO, which has been bolstering the technological might of India’s Army, Navy and Air Force for over 60 years.

Secure Space
Almost a year after the successful demonstrator mission of India’s anti-satellite (A-SAT) missile, the country still remains one of only four nations with this capability (the other three being the USA, Russia and China). Coupled with India’s surveillance capacity, the precision striking capabilities of the A-SAT missile extended a safety-net well into outer space with a demonstration mission code named Shakti.
The A-SAT will play a critical role in providing necessary deterrence against rogue satellites as well as intercontinental ballistic missiles. Following PM Modi’s go-ahead in 2016, the building blocks of the A-SAT missile were integrated and Mission Shakti started becoming a reality. “The short time taken by DRDO to migrate from concept to capability demonstration indicates the maturity of technologies, dedication, willingness and capability of DRDO fraternity to accept technological challenges for its time-bound realisation,” says Dr G Satheesh Reddy, Chairman of the DRDO. The missile has a precision striking capability and it has achieved the desired objectives through the successful test.

Bridge to success
Another major development from the DRDO for land operations on unfavorable terrains was the Sarvatra bridging system. The multi span system offers a solution for all types of military traffic over wet or dry obstacles for 75 metres. The Air Defence Tactical Control Radar (ADTCR) is a highly advanced surveillance, detection, tracking and identification equipment developed by the DRDO. The Radar can be deployed in plains, deserts and in the mountain regions for the purpose of tactical early warning for ground based weapon systems.

Beyond arms
In the recent past, the DRDO has joined hands to form symbiotic partnerships with domestic manufacturers to provide innovative solutions for their scientific problems. The Light Combat Aircraft (LCA), Tejas, fitted with the ultra-modern and indigenously developed Kaveri jet-engine has become a good example of multifunctional partnerships. The development of these LCA with HAL (Hindustan Aeronautics Limited) has been a massive success as the technology, unavailable in the country, has been developed from scratch and has emerged as a pioneer in indigenous technological advancement. Infact, a critical-technology from these aircraft, the Onboard Oxygen (OBOX) generation system that ensures non-stop supply of oxygen while undertaking long-endurance missions, has even been offered to hospitals assisting patients with respiratory distress due COVID-19 infections.
Moreover, in a partnership with Tata motors, an automotive giant, the organisation has also developed a state-of-the-art eight-wheeled Amphibious Wheeled Armoured Vehicle (WhAP).
When the DRDO joined the fight against the spread of COVID-19 with its decision to support production of ultra-modern sanitising equipment and PPE kits, the front-line medical and essential workers breathed a sigh of relief. Since then, the institution has been actively participating in partnerships to provide some of the best innovative solutions to combat the spread of COVID-19. Take for example, the ‘Dare to Dream 2.0’ contest launched on the fifth death anniversary of former President of India and DRDO scientist Dr APJ Abdul Kalam (July 27). The competition invites top innovators and tech startups from the country to contribute disruptive ideas and concepts in emerging technologies identified by the organisation for enhancing defence capabilities. 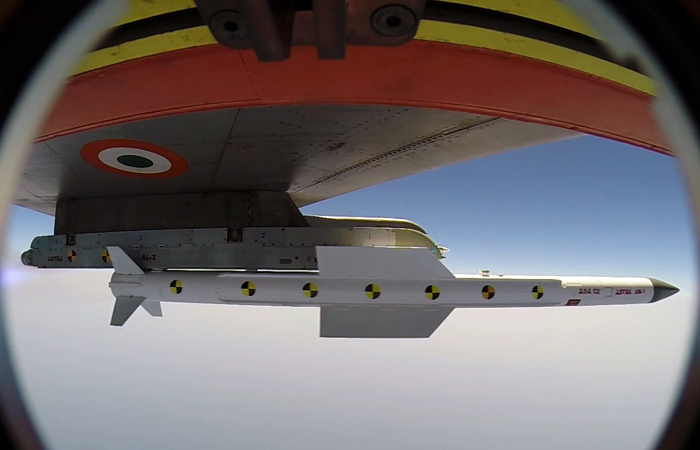 In the current scenario when the entire nation is rallying to the Prime Minister’s call for an ‘Atmanirbhar Bharat’ and the stress on local innovation and production, the capabilities of the DRDO are ready for a definitive upgrade. The organisation has emerged as one of the leaders when it comes to making the country self-reliant, the Government of India has recently drawn up a list of a whopping 108 systems -including the likes of mini and micro unmanned aerial and terrestrial vehicles, Night vision Infrared sights for weapons etc to be made in India. This development comes after DRDO’s magnanimous albeit bold move to offer 450 patents for free access to domestic industries for commercial processes in a bid to further scientific development in the country. Over the foreseeable future, it is all but certain that the DRDO with its 24,700 employees, including 7,300 scientists, will continue to provide cutting edge technological solutions and innovation for defence industries in the country.

After a brief period at the Services Selection Board (Indian Armed forces) in Prayagraj, Uttar Pradesh, the author of the article Nishi Misra moved to Defence Research and Development Organisation as a scientist at the Defence Institute of Psychological Research in New Delhi.