Secrets of the seven sisters

Secrets of the seven sisters

This picturesque waterbody, locally known as Barapani, is the biggest artificial lake in the state. On the banks of the lake is the Umiam Water Sports Complex, where visitors can try their hands at adventure watersports.
Travel tip: The lake is situated about an hour’s drive (about 17 km) from the state capital Shillong on the Guwahati-Shillong National Highway. 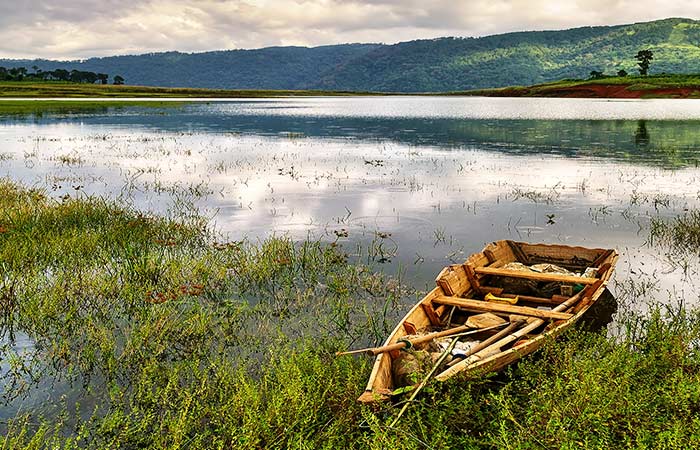 Also known as Changu Lake, it is a  rare glacial lake in East Sikkim. This lake, which is revered by locals as sacred, remains frozen during winter and comes alive in spring with the blossoming of flowers in the surrounding.
Travel tip: The state capital Gangtok  lies 38 km (a 90 minute drive)  from the lake. 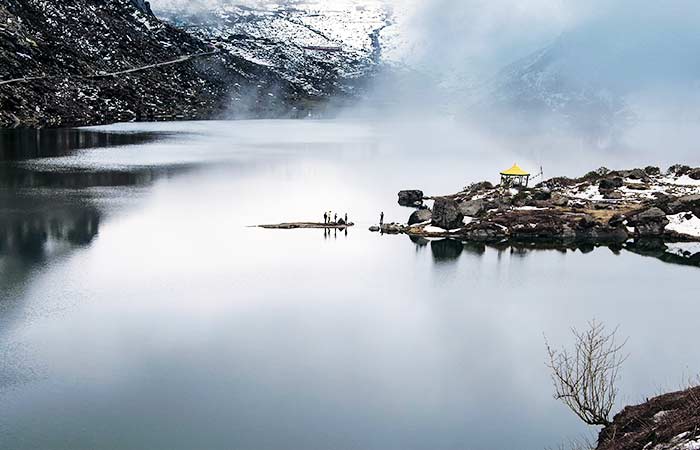 Originally known as Shonga-tser Lake and now, Madhuri Lake, it is one of the most popular waterbodies in the Tawang district of Arunachal Pradesh.  Formed by flash floods after an earthquake in 1950, it is best known for the breathtaking valleys and snow-capped mountains that surround it.
Travel tip: Tawang is a day’s trip (about 448 km) from the state capital Itanagar. 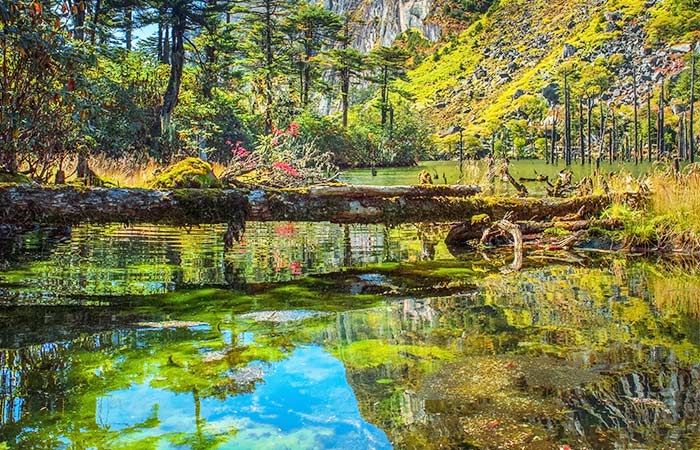 The town of Dawki in Meghalaya is situated along the waters of Umngot river, popularly known as Dawki river. Although not a lake, it deserves a mention courtesy its sheer scenic beauty and its crystal-clear emerald-green waters.
Travel tip: Dawki is a two and a half hour’s drive (about 83 km) from the state capital Shillong. 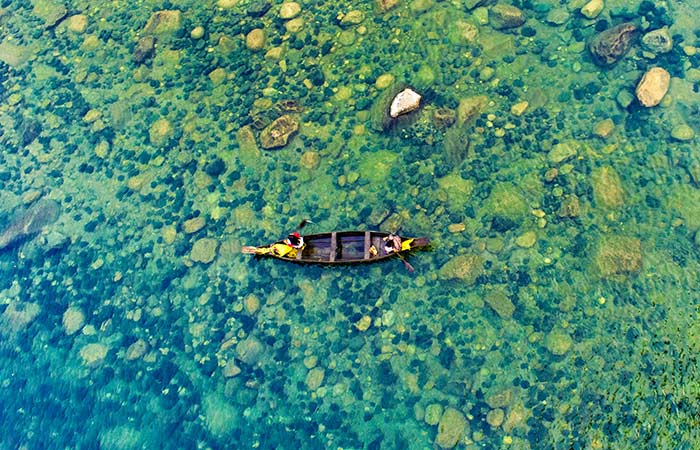 Located near Moirang in Manipur, it is a part of the Keibul Lamjao National Park, the only floating national park in the world. Fishermen living in floating islands called phumdis, in huts known as phumsangs, are unique sights here.
Travel tip: It is a two-hour to drive (about 52 km) from the state capital Imphal to the lake. 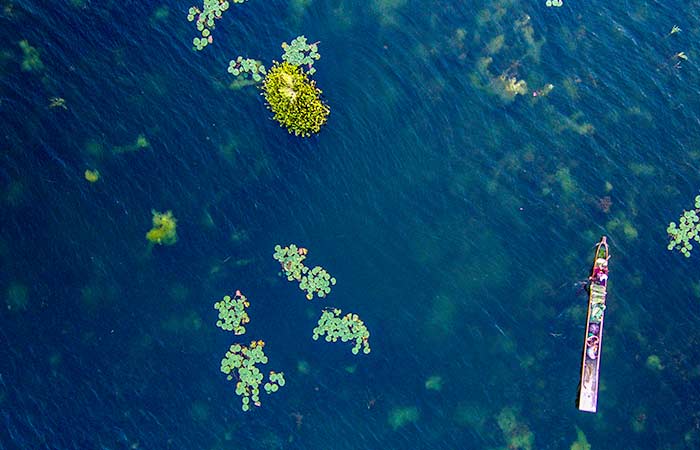 Located at a height of  17,800 ft in Sikkim, it is one of the highest lakes in the world. Named after Guru Padma-sambhava, who is believed to  the founder of Tibetan Buddhism, it is revered by locals and travellers alike.
Travel tip: The lake is an eight-hour drive (approximately 187 km)  from the state capital Gangtok. 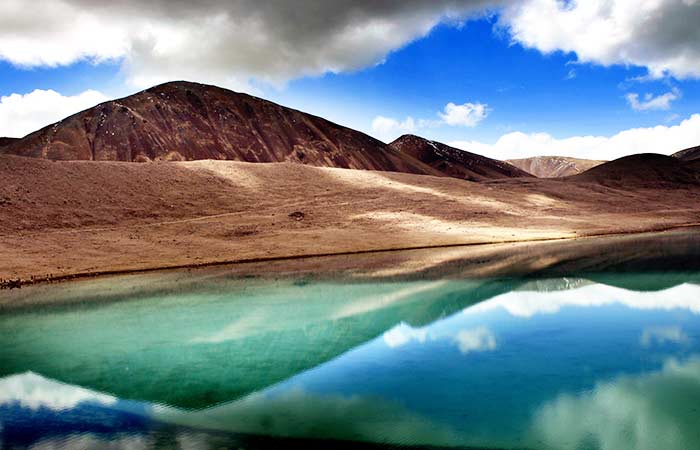 Located in Assam, this majestic lakes marks the beginning of the Garo hills in the region.  Said to be born out of an earthquake that hit the area, Chandubi’s shores are covered with lush forests that are home to tranquil hamlets and  a wide variety of indigenous fauna.
Travel tip: It is situated about 64kms (a two-hour drive)  from Dispur, the state capital. 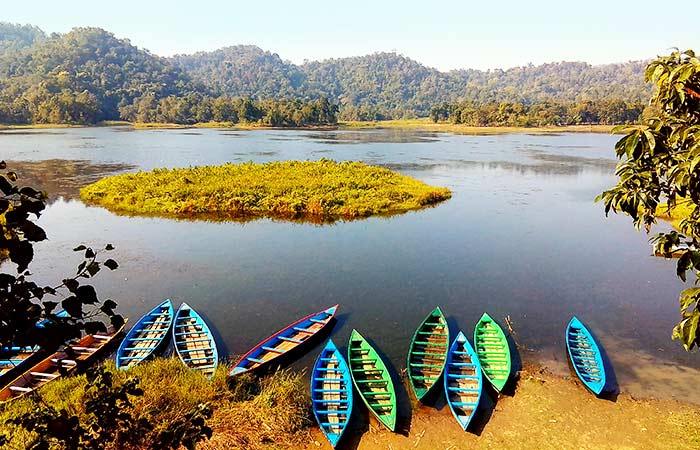 Located in the Karinganj district of Assam, Sonbeel (or Shon Beel) is one of  the largest wetlands in the state. A unique aspect of this lake is that during the winter months, the water level recedes to make way for smaller lakes and farmlands for rice cultivation.
Travel tip: The state capital Dispur is about 326 km (an approximate nine-hour drive away from the lake. 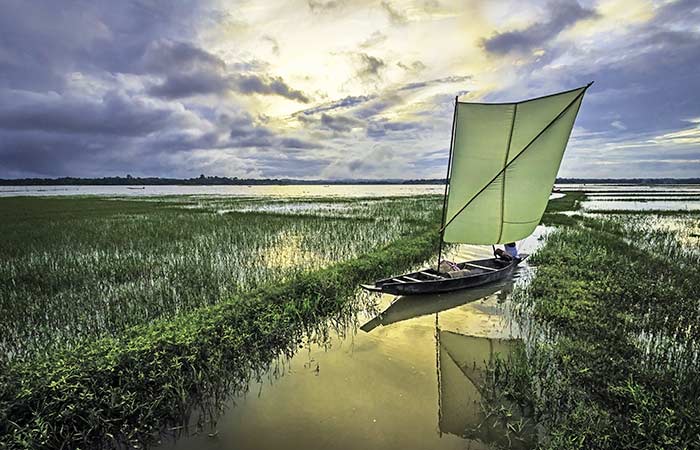 Also know as Twijilikma, it is located in Tripura and has been identified as one of the areas of national importance for conservation and sustainable use.  An interesting feature is the Neermahal, a majestic palace that was built on the lake’s northern bank to serve as the summer residence of Tripura royalty.
Travel tip: The lake is situated in Melaghar, 53 km away from Agartala, the capital of Tripura (it takes a little over an hour to reach the lake) 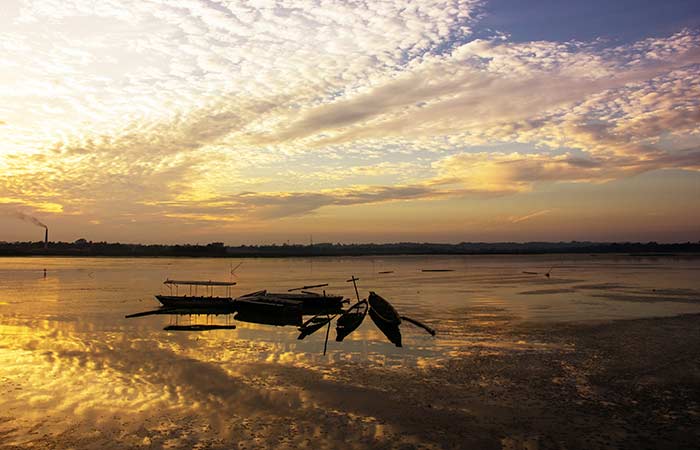