For several decades, the Padma Awards, India’s highest civilian honours, have been recognising deserving men and women. Three years ago, the government tweaked the nomination process for the awards, encouraging citizens of the country to nominate unsung heroes who have dedicated themselves in service of the society

For residents of Bolpur, a city on the outskirts of Kolkata in West Bengal, Dr Sushovan Banerjee is known as the “ek takar daktar” (one rupee doctor). For the past 47 years, he has been treating patients for a nominal fee of INR 1! Similarly inspiring is the story of Dr Tsering Landol. Hailed as the first gynaecologist of Ladakh, she is credited with providing expert medical care for one-fifth of the region’s deliveries and improving the healthcare system of Leh’s SN Memorial Hospital, the medical institution she was associated with for over two decades till 2003, when her official service matured. But, she continues to conduct weekly voluntary clinics at the Ladakh Heart Foundation. These are just two of the 141 individuals, who were conferred with the Padma Awards, one of India’s highest civilian honours for exceptional and distinguished service, presented by the Indian governments, in 2020.

The awards (in order) – Padma Vibhushan (for exceptional and distinguished service), Padma Bhushan (distinguished service of higher order) and Padma Shri (distinguished service) – are announced on Republic Day (January 26), every year and are bestowed upon a few months later at the Civil Investiture Ceremony held at the Rashtrapati Bhavan. This year, the government had also held a quiz based on the lives of India’s heroes with which came the opportunity to witness the Padma Awards ceremony in New Delhi. The ceremony however, was deferred to April 3 and has now been postponed in light of the Coronavirus outbreak in the country.

The Padma Awards were instituted by the Government of India in 1954 along with the Bharat Ratna, the country’s highest civilian honour. Since then till about three years ago, the recommendations were made by the Padma Awards Committee, which was annually constituted by the Prime Minister. Now, under the leadership of Prime Minister Narendra Modi, the nomination process has been opened up to the public and even invites self-nominations. This paradigm-shifting decision was declared by PM Modi in his official tweet dated August 17, 2017: “Remember how Padma Awards were given earlier? We brought in a ‘small’ change – people can recommend names for awards, unlike the past.”

Such has been the overwhelming response that in his monthly address to the nation on January this year, the Prime Minister had mentioned that over 46,000 nominations were received for 2020, which is more than 20 times the number received in 2014. “The entire process [of the Padma Awards] is now completed online. Earlier, the decision was taken by a select few. Now, it’s completely people driven,” he had said. 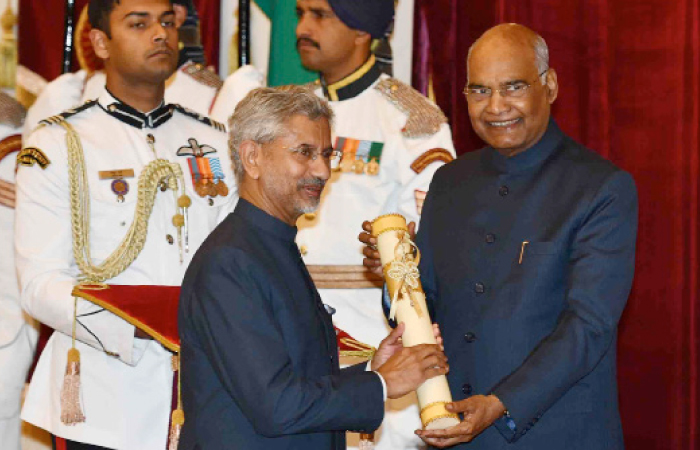 One of the biggest successes of opening the nomination process to the people is the due recognition received by a number of unsung heroes, who have silently dedicated their lives to the betterment of society. According to the Prime Minister, many of this years’ Padma awardees are those who have risen from the bottom of the pyramid through dint of their hard work. “They have overcome limitations of resources and a terrible atmosphere of despair around them and forged ahead,” he had pointed out. In 2020, the awards recognised the efforts of Moozhikkal Pankajakshi from Kerala, Jagdish Lal Ahuja from Punjab and Usha Chaumar of Rajasthan, to name a few. Pankajakshi is said to be one of the last practitioners of nokkuvidya pavakal, a dying art of Kerala’s traditional puppet theatre. Lovingly called langar baba, 84-year-old Ahuja was a self-made millionaire, who sold everything and has dedicated his life to serving free food to the poor for the last two decades. From a manual scavenger to president of Sulabh International, Chaumar’s story is one of grit, resilience and empowerment. Their efforts have all been recognised with a Padma Shri. There are countless more like these three. 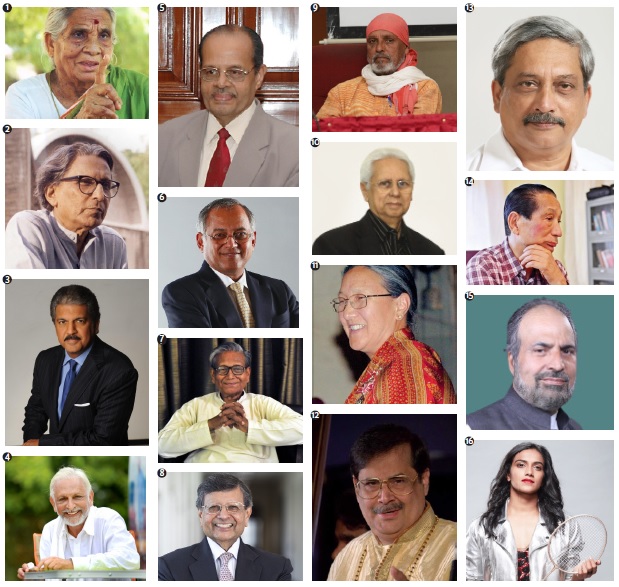 A graduate of the Indian Institute of Mass Communication, she has worked with MYCityLinks, a Bhubaneshwar-based tabloid and The Pioneer newspaper. She enjoys music, is a bibliophile and loves to write about her travels, on music and any subject that intrigues her.