India’s legendary locomotives come alive at the Rewari Steam Loco Shed, with some of them back in action after many years

What is common between some significant silver screen outings such as Sultan, Gandhi My Father, Pranayam, Pornab, Bhaag Milkha Bhaag, Jaanisaar and Ki & Ka? No, it’s not the actors or the plot but the legendary locomotives which were an essential part of the filming. These mighty marvels find a home at the Rewari Steam Loco Shed, situated about 100 km from Delhi.

Revisiting the Golden Age
It’s remarkable how the guardians of this galaxy preserve the trains in great shape. ‘’We are taking care of old steam engines. One can see Rewari King (2151 YP), Sahib (3415 YG), Sultan (3438 YG), Sindh (4252 YG), Angadh (3634 XE), Akbar (7161 WP), Azad (7200 WP), Sher-e-Punjab (15005 WL), Virat (22907 AWE) and Fairy Queen (EIR 22),” beams Ganpat (loco foreman), steam shed in-charge, as his heart swells with pride while talking about the hard work that goes into keeping these steam engines in running condition. A robust team of mechanics, loco cleaners and boiler makers work at the shed throughout the week to service the old giants. Cleaning the engine parts, refilling boilers with water and emptying coal from fireboxes form part of the rigorous maintenance routine here.

The star of the shed is the Fairy Queen. Built in 1855, it is the oldest working steam locomotive in the world. It was entirely refurbished in 1996 and resumed service in 1997. A big hit with tourists, the Fairy Queen runs on a two-day one-night tour from Delhi to Alwar with an overnight halt at the Sariska Tiger Reserve. In 1998, it was declared the world’s oldest working locomotive by the Guinness Book of World Records.

Close behind Fairy Queen are its brothers Akbar and Azad, also in operation. Angadh, the oldest working steam engine in the country dating back to 1930, came to Rewari from the National Rail Museum in Delhi. A gift from the Madhya Pradesh Electricity Board, broad gauge engine Angadh, when fully functional, consumed 25,000 litres of water and 18 tonnes of coal. 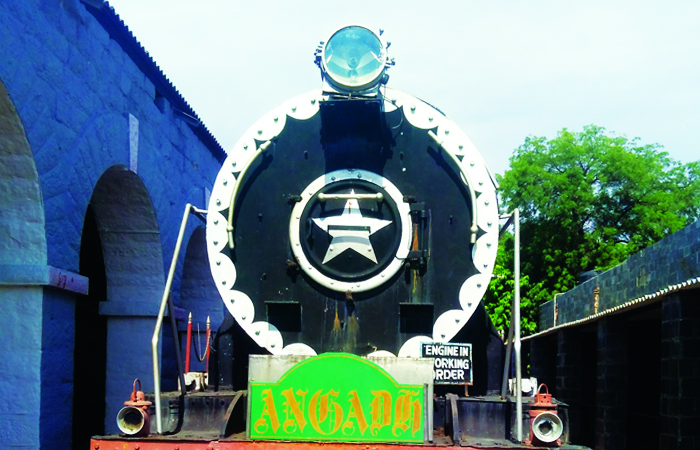 The Origins
The steam shed was founded in 1893 under the jurisdiction of Bombay Baroda and Central India Railways (BB&CIR). Rewari soon became one of the busiest intersections on the meter gauge route and served as the largest meter gauge loco shed in India with close to 500 staff members working at its prime. In early 1900, the shed primarily homed ‘P’ class engines. While the pre-Independence holdings are not known, the shed had a holding of 65 MG locos between 1980-82. Rewari also had 395 loco drivers on roll, making it a major crew depot alike. 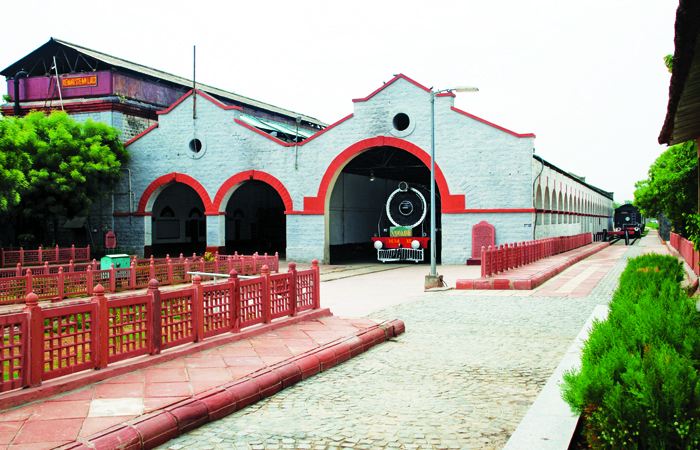 After successfully running for a century, it was shut in 1993. In 1994, all but two locos, YG 3415 and YG 3438, were disintegrated and sold as scrap. Later that year, the shed gained a new lease of life with the introduction of the Royal Orient Express, with two steam locomotives hauling it on the stretch between Delhi Cantonment Railway Station and Rewari. In 2001, it was proposed that the shed be converted into a heritage property. By this time, all the meter gauge routes to Rewari had been transformed into broad gauge and some vintage BG locos were to be sheltered here. It was for this reason that one bay of the shed was altered to broad gauge. In May 2002, WP 7161 became the first loco to come to Rewari Shed, followed by WP 7200.

The Revival
On October 09, 2010, the shed was thrown open after a large-scale makeover. It was redesigned with a new cafeteria, a small library and a museum. While the new features offered an insight and a comfortable, immersive experience to visitors, the original essence remained intact with the same shed building dating back to 1893, and majestic black beauties rolling across the ramps in full glory.
The idea of this major restoration may be attributed to the then Divisional Railway Manager (DRM) of Delhi, Ashwani Lohani, who envisioned this ground of legacy as an informative tourist destination. When he was offered a cup of tea during his maiden visit to the shed by the staff in February 2010, he declined it saying, “No one has a cup of tea in a graveyard. Get the locos running and then we will have a feast here!” His words went a long way to inspire the team to imbue the place with new life.


Toy Ride of Pride
The latest addition to his heritage hotspot is the enchanting toy train, straight out of fairytales. Planned as a playful mini journey to cheer enthusiasts as they enjoy vignettes from history, the fun ride is meant to hop across the expanse of the shed while offering a great view of the trains on display. This is just one of the myriad initiatives undertaken by the railways to encourage more people to indulge in a piece of unparalleled Indian history.