Kali Puja (November 14, this year) is dedicated to the worship of Goddess Kali. It is celebrated largely in West Bengal, Odisha and Bihar. This festival is also known as Shyama Puja and Mahanisha Puja Durga Puja (October 23-26, this year) is celebrated with great pomp and joy across the country with the grandest festivities happening in West Bengal. One of the characteristic features of Durga Puja is the performances by dhakis (drummers) who decorate their drums with feathers On dashami, the last day of Durga Puja, women engage in a play of vermilion (sindoor khela). In this ritual, women apply vermilion powder to Maa Durga before applying it on each other 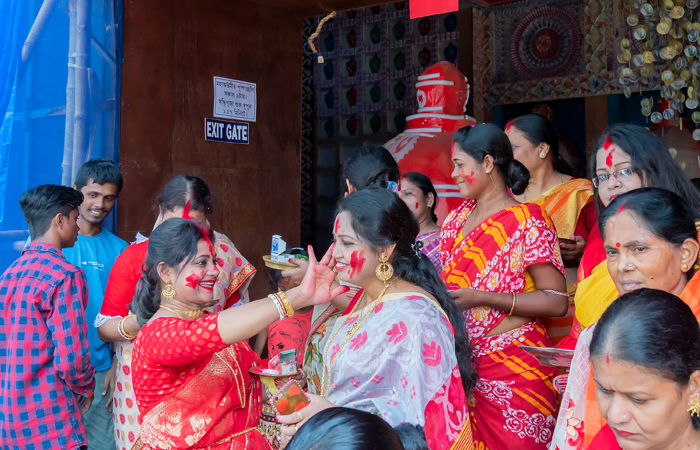 A scene from a Ramleela (Ram Leela) performance held in Ghaziabad, Uttar Pradesh, on Dussehra in 2019. Ramleela re-enacts the story of the Hindu epic Ramayana, where Lord Rama defeats Ravana, symbolising the victory of good over evil. Ramleela was inscribed on the Representative List of the Intangible Cultural Heritage of Humanity of UNESCO in 2008 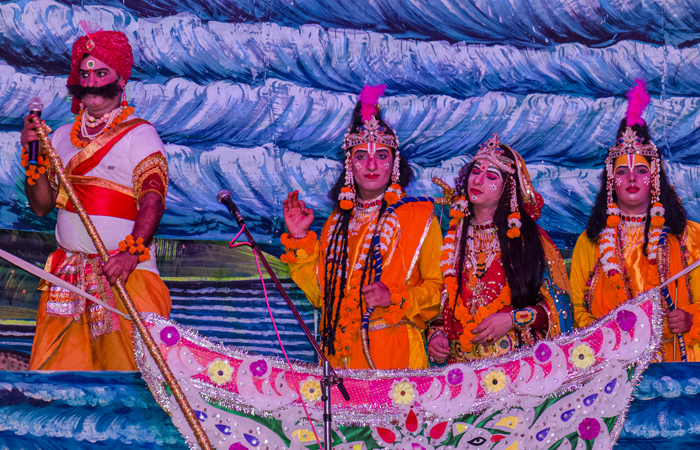 Ramleela performances are held during Navratri or nine nights. On the last day, which coincides with Dussehra, life-size effigies of Ravana, Meghnath and Kumbhakarana are burned in an enactment. Here, actors dressed as Lord Rama and Lord Lakshmana aim an arrow towards an effigy of Ravana as they take a part in a Ramleela procession in Amritsar, Punjab 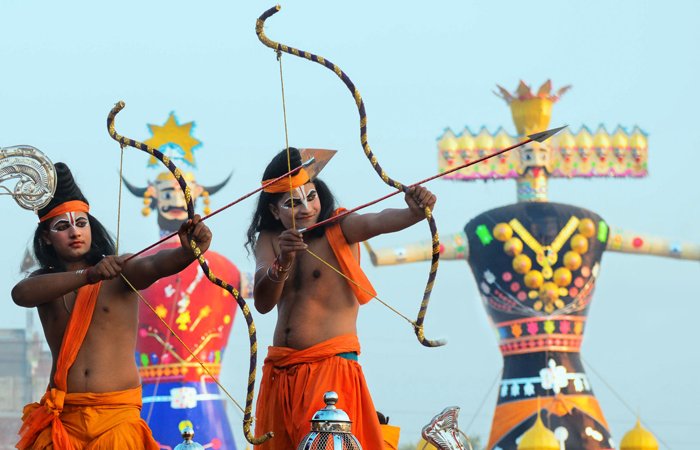 Milad-un-Nabi celebrates the birth of Prophet Muhammed. Also known as Id-e-Milad, it is one of the major festivals of the Islamic festival calendar 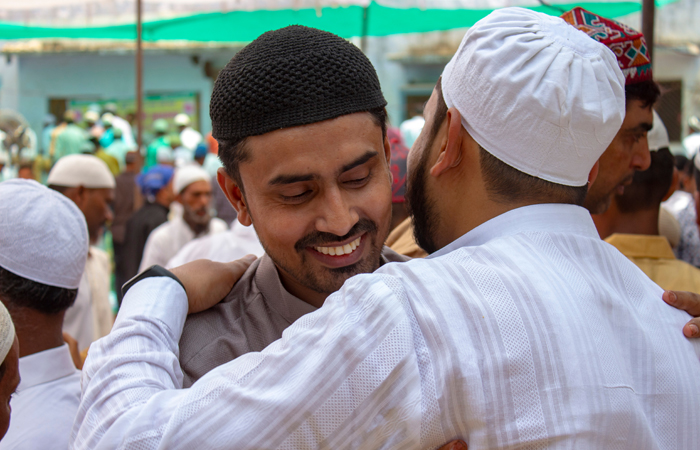 On Dussehra, it is said that all the devatas (gods) of Kullu, Himachal Pradesh, come out and proceed with their band of musicians towards the temple of Raghunathji (Lord Rama) Diwali (November 14, this year) marks the victory of light over darkness. Here, people gather with oil lamps on the banks of River Sarayu in Ayodhya, Uttar Pradesh in 2019 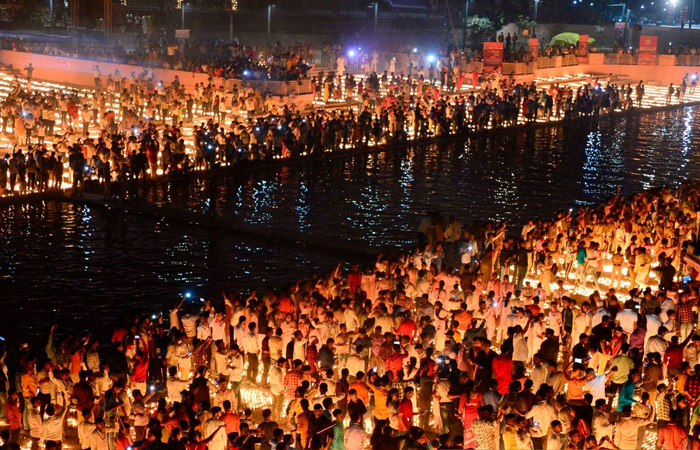 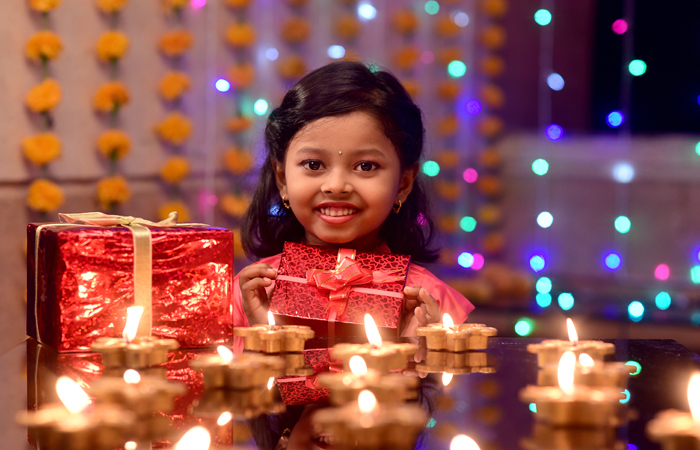 A traditional bhai dooj thali (platter) with sweets, conch shell, wheat grains, darbha grass, flowers and diya. On bhai dooj (November 16, this year), celebrated across the country in regional variations, sisters apply tika (dot) on their brothers’ forehead for the latter’s well being 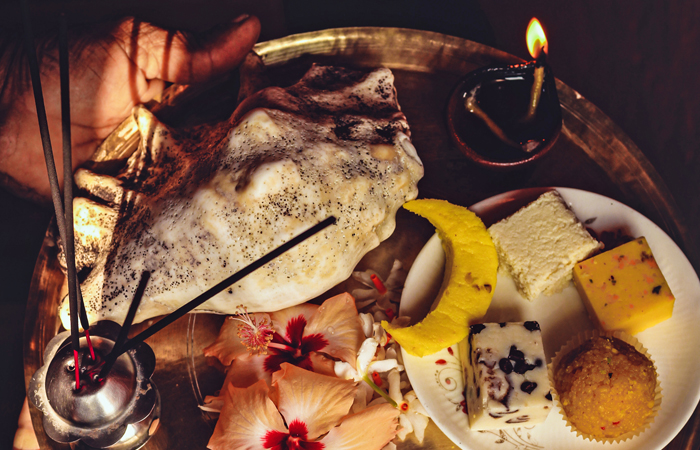 One of the major festivals of India, Chhat Puja (in November this year) is celebrated in most parts of Bihar and Uttar Pradesh. This auspicious festival day is observed by fastings and offering prayers to the Sun God 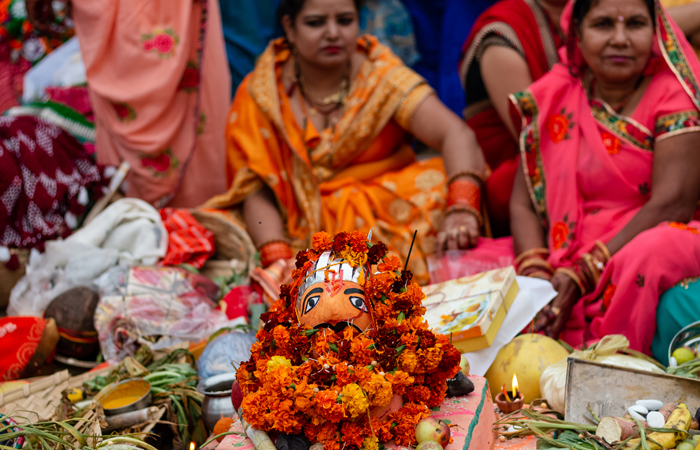 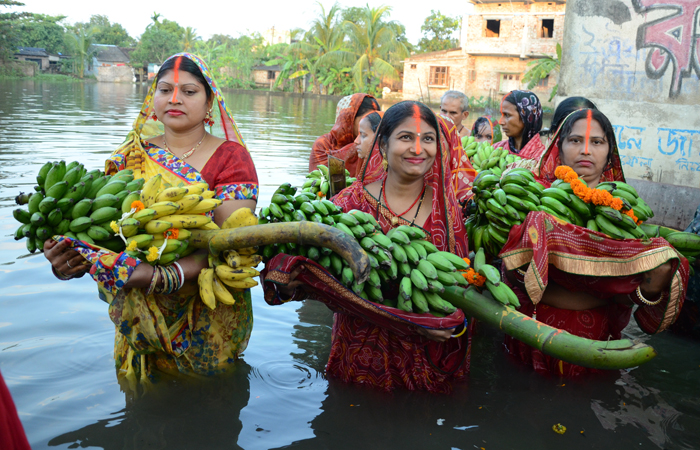