On April 11, 2021, India launched the novel Tika Utsav (vaccination drive) on the suggestion of Indian Prime Minister Narendra Modi as an attempt to speed up the nationwide vaccination drive to contain a resurgent coronavirus disease.  The four-day drive that concluded on April 14 was a huge success with the cumulative number of vaccine doses administered in the country surpassing 11 crore on the last day, according to the Union Ministry of Health and Family Welfare (MoHFW), Government of India.

In a bid to boost connectivity to and from the Kashmir valley, the Indian Railways recently completed the construction of an arch for a railway bridge over the Chenab river. Perched at an elevation of 359 m (1177.82 ft) above the river bed level, this bridge is touted to be the highest of its kind in the world. The bridge is a part of the Udhampur-Srinagar-Baramula Rail Link (USBRL) project, which is scheduled to be completed next year. According to an official statement from the Ministry of Railways, “This achievement is a major leap towards the completion of the 111-km-long winding stretch from Katra to Banihal.” 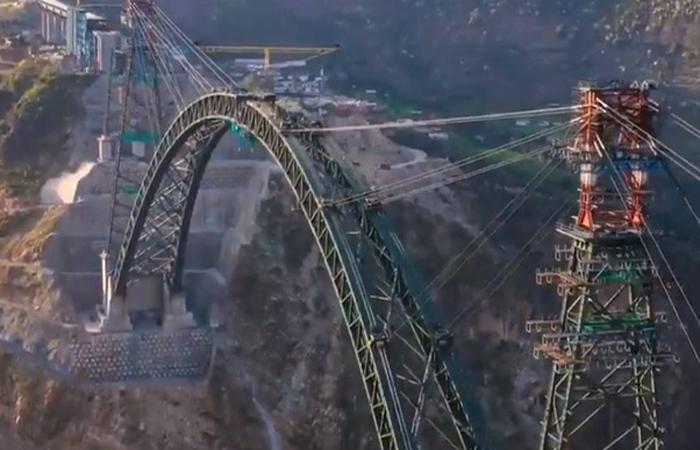 Of grit and resilience

The story of  Ranjith Ramachandran from a night watchman to an assistant professor at IIM, Ranchi, is nothing short of inspiring. The 28-year-old, who has a doctorate in Economics from the Indian Institute of Technology (IIT), Madras, was applauded by TM Thomas Isaac, Minister for Finance and Coir, Government of Kerala, after the former posted about his achievements on social media. Thirty-eight-year-old Ankita Shah’s tale is no less  inspiring. She has defied all odds to become the first differently-abled female auto driver in Ahmedabad, Gujarat. She was a year old when she lost her right leg to polio but that did not stop her from earning a degree in Economics. Today, she is not just the primary breadwinner of her family but also a beacon of hope and positivity for society.