India-ASEAN Ties Over the Years and the Future

India-ASEAN Ties Over the Years and the Future


While India’s relation with ASEAN has strengthened over the years, it can be improved further on many fronts, including economy, connectivity and cultural, and socio-economic ties

India’s “Look East Policy”, introduced in the 1990s, was transformed in 2015 to an “Act East Policy” which is meant to serve the twin purposes of stronger commercial links with the Association of South-East Asian Nations (ASEAN) and other Indo-Pacific countries and to create development opportunities for Northeast India. Over the years, India has made significant strides in its ties with the ASEAN and its related frameworks. From a dialogue partner in 1996, India has graduated to a summit level partner in 2002, a Strategic Partner in 2012 and has been elevated to the level of a Comprehensive Strategic partner at the 30th India ASEAN Commemorative Summit in November 2022. Today, India is engaged in at least 30 high level dialogues in varied fields with ASEAN. India has also been an active participant in the East Asia Summit, and its related security and economic groupings like ASEAN Regional Forum (ARF) and ASEAN Defense Ministers Plus (ADMM-Plus), with varied membership and many overlaps.

Economic integration
India requires deeper economic integration with ASEAN and needs to engage it actively, since it is a grouping of 1.85 billion and possesses a GDP of $ 3.8 trillion. The ASEAN India Trade in goods Agreement, the ASEAN India Trade in Services agreement and the ASEAN India Investment Agreement have all entered into force, and have been ratified by all parties. Bilateral trade has risen steadily, reaching US$ 98.39 billion in 2021-22. However, this requires much more attention, and the creation of new and resilient supply chains between India and ASEAN with a focus on digital trade is the need of the hour. This needs to be supplemented by the review of the ASEAN India Agreement on Trade which is overdue. An upgraded India ASEAN Free trade Agreement will make up for India not being part of the Regional Comprehensive Economic Cooperation Agreement. The Indo-Pacific Economic Framework, launched in May 2022, which includes India and seven ASEAN countries, will also help in taking the economic agenda forward. ASEAN has invested US$117.88 billion between April 2000 and February 2022 into India, and India has invested US$55.5 billion in ASEAN between April 2019 and March 2022. Investment flows, however, are dominated by Singapore, and there is a need for diversification and expansion of investments with other ASEAN countries. 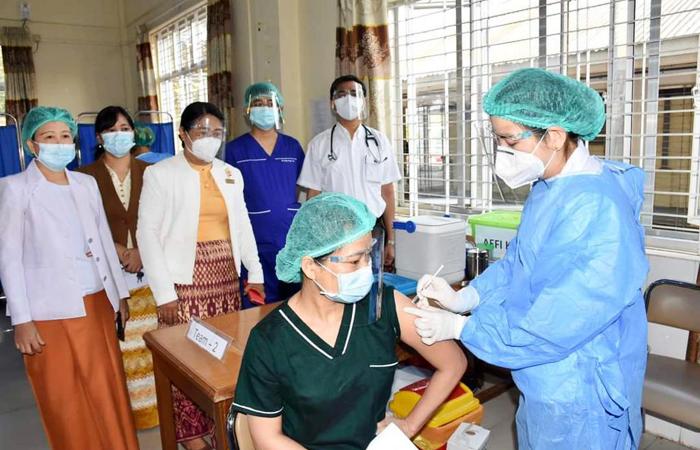 Connectivity
A key aspect of improving the economic relationship is improving connectivity – through land, sea, and air –between India and ASEAN. Both sides will benefit if the construction of the trilateral highway which will connect India, Myanmar and Thailand, and will later expand into Laos, Cambodia and Vietnam is expedited. A credit line of USD 1 billion was announced by Indian Prime Minister Narendra Modi in 2015 to enhance digital and infrastructure connectivity with ASEAN. USD 77 million has also been committed towards developing manufacturing hubs in CML (Cambodia, Myanmar and Laos) countries. The soft infrastructure required for the successful opening of the trilateral highway, including a motor vehicles and licensing agreement, customs checkpoints and documentation, as well as economic hubs along the highway – must be in place when the trilateral highway opens. Most urgently, connectivity development in the Northeast itself is important, so that India can hope for balanced trade instead of turning into a net receiver of cheaper goods. The Kaladan multi-modal transport project, will link Kolkata to Sittwe port in Myanmar, extending into Mizoram by the river and land route. India’s involvement in developing port infrastructure in Sabang is significant. Sea links are also vital between the eastern sea board of India including ports of Ennore and Chennai to CML (Cambodia, Myanmar and Laos) countries and there is need for improving transshipment links with partners like Malaysia, Singapore, Indonesia and Thailand. There is a proposal to link Dawei port in Myanmar, being developed with Thailand to Chennai port in India. For these proposals to succeed, India and ASEAN must look at shipping joint ventures, and related concessions through an Agreement on maritime transport. While flight connections from Tier 1 and Tier 2 cities in India are well established with Singapore, and other countries in the region, they either lack direct links or have inadequate linkages with India. This is an impediment to tourism, as well as trade. India and ASEAN therefore, need to work towards an ASEAN India air services agreement which will benefit trade, investments and tourism. 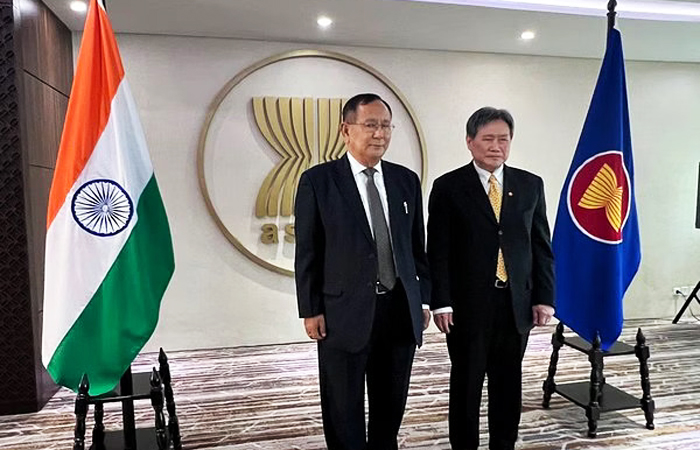 Multi-level cooperation
India promotes the centrality and capability of ASEAN in the region. Mutually beneficial cooperation activities are one of the tools of engagement, and cooperation activities are identified either as part of the five year “Plan of Action” or through the “Work Plans” of cooperation generated during interactions with ASEAN “sectoral bodies”. India is also looking to partner ASEAN in enhancing blue economy cooperation, investing in development of desalinisation technologies, harvesting the biodiversity, and searching and excavating marine minerals in the seas. India is setting up coastal surveillance networks and constantly enhancing the capacity for shared Maritime Domain Awareness with its partners. India has concentrated on defense arrangements at a bilateral level, strengthening defense ties with countries like Singapore, Vietnam, Indonesia, Malaysia, Philippines, Myanmar and Thailand, with whom bilateral cooperation has also gained steady ground. India carries out maritime exercises with countries like Singapore and Indonesia, and the Indian navy conducts the Milan exercise with navies of the Indian ocean region at the Andaman and Nicobar Islands.
Besides the ASEAN-India Cooperation Fund, India has set up a Green Fund with ASEAN, which helps in undertaking cooperative projects in climate impact mitigation. In 2016, the corpus of the fund meant for enhancing science and technology with ASEAN was enhanced by India to US$ 5 million. Two major space projects with ASEAN for tracking, data and reception/data processing station are located Ho Chi Minh city, Vietnam, and in Biak, Indonesia. India is working to enhance cooperation with ASEAN in digitization – especially the financial structure and e-governance as well as cyber security. India could use its niche area of IT to power customs and risk management. India and its partners like Japan, Australia or US who are part of the “Quad” could partner other governments or the private sector to mitigate risk and shorten lead times in the region. The Comprehensive Strategic partnership would enhance cooperation in areas like energy, health, investment in “Make in India” programme, technology, and climate change mitigation. Cooperation in areas such as financial technology, connectivity, start-ups, and innovation, empowerment of youth and women and the development of micro, small and medium enterprises will be an important driver in moving India – ASEAN relations to a higher pedestal. The elevation of ties should ensure greater coordination between India’s Indo- pacific Ocean’s Initiative (IPOI) and ASEAN’s outlook on Indo-Pacific (AOIP). Most importantly, India needs to present itself as a viable alternative to China’s dominance in the ASEAN economic and strategic landscape. For this, India will have to be nimble and quick in completing its connectivity projects with ASEAN, will have to develop stronger defense, cultural, and socio-economic ties, and continue to strengthen interdependencies with countries of the ASEAN. 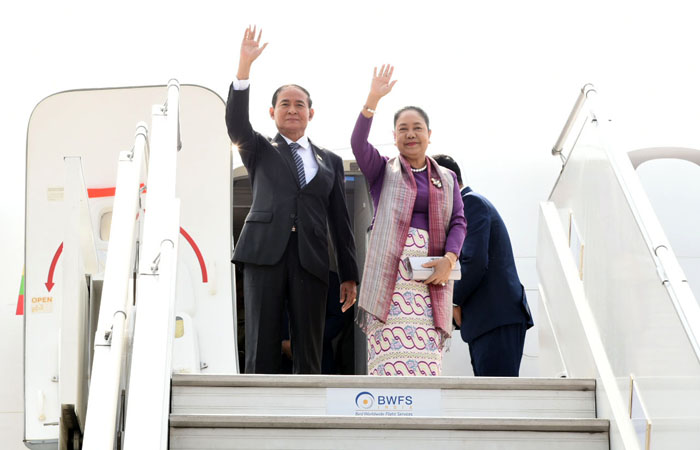