Diplomacy at a glance

India has always enjoyed friendly international relations with The Philippines and President Ram Nath Kovind’s visit on October 17-21, 2019, the first by an Indian President after Dr APJ Kalam’s visit in 2006, furthered the high level engagement that we have maintained with our eastern neighbours. The Philippines has been India’s strategic partner amongst ASEAN with the total revenue from trade standing at USD 2.3 billion (with USD 1.7 billion from Indian exports). With the two countries growing rapidly on the economic front, special attention was reserved for the development of local complementarities like the Build-Build-Build programme in The Philippenes and the Make in India campaign. During his visit, the Indian President also gave a keynote addresses at the India-ASEAN and India-Philippines business meets.

Comoros (Oct 10-12)
In the first high level visit to the Union of Comoros, Vice-President Venkaiah Naidu arrived in Moroni, the capital, on October 10 for a three-day visit. He was extended a ceremonial welcome and was received by the President of the Union of Comoros, Azali Assoumani, along with members of his cabinet. During the bilateral and delegation level meetings, the Indian VP underlined developmental grants that have been extended to the Island nation and the need to form stronger and strategic bonds to further the diplomatic partnership between the two countries.

Sierra Leone (Oct 12-14)
Travelling onward, Vice-President Venkaiah Naidu arrived in Freetown, Sierra Leone on October 12 for the second leg of his tour as part of India’s Africa Outreach policy that is aimed towards strengthening diplomatic engagements with African countries covering an increased number of sectors.  During the three-day visit, the Vice-President called on the President of Sierra Leone, Brig (Rtd) Julius Maada Wonie Bio and met with the speaker of the Sierra Leone Parliament Abass Chernor Bundu and foreign minister Nabeela Farida Tunia.

Azerbaijan (Oct 25-26)
Vice-President V Naidu led the Indian delegation to the 18th NAM summit with the theme for this year being “Upholding the Bandung Principles to ensure concerted and adequate response to the challenges of contemporary world”. He arrived in Baku, Azerbaijan on October 24 to address members of the Indian diaspora before delivering India’s National Statement during the plenary meeting of the NAM Summit on October 25-26. As one of the founding members of NAM, the largest gathering of world leaders after the UN, India’s stand at the summit is widely respected. 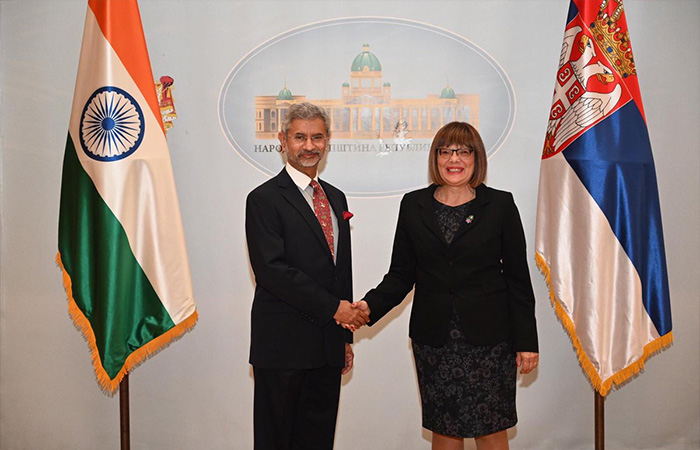 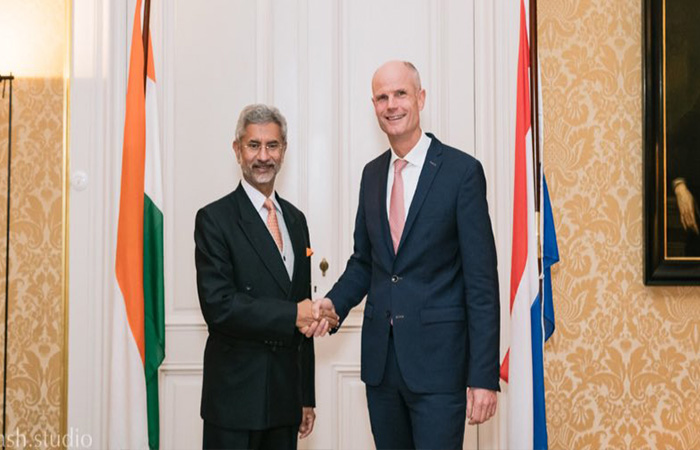 France (Nov 11-12)
EAM Dr S Jaishankar calls on Emmanuel Macron, President of France, during his visit to Paris, where he spoke at the Paris Peace Forum on the benefits of digital vigilance and governance. 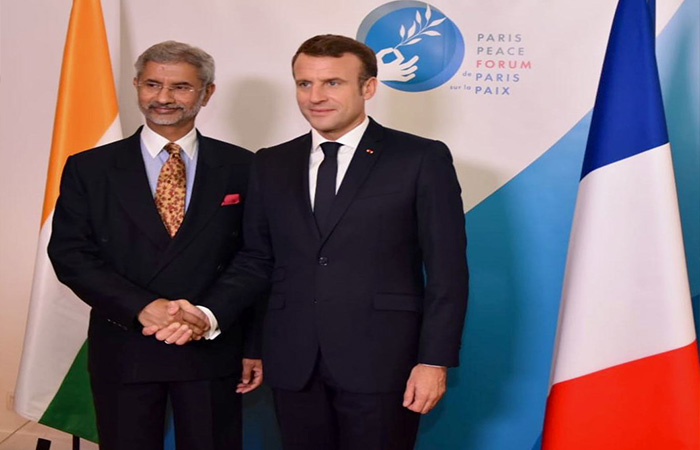 Italy (Dec 6-8)
EAM Dr S Jaishankar visited Rome, Italy, on December 6-8 to attend the 5th edition of the Mediterranean Dialogues (MED), organised by the Italian Ministry of Foreign Affairs & International Cooperation. Dr Jaishankar addressed a special session on India at the MED conference, highlighting India’s interests in the region. EAM also met with the Italian Prime Minister Giuseppe Conte and discussed the enhancement of relations between the two countries.

Iran (Dec 22-23)
EAM Dr S Jaishankar visited Iran on December 22-23 to co-chair the 19th India-Iran Joint Commission meeting along with the Foreign Minister of Iran Dr Mohammad Javad Zarif. They discussed the progress achieved with regard to the Shahid Beheshti Port and also talked about the accelerated efforts to complete the Chabahar port (of which the former will be an integral part). Both these sea-ports have the potential to act as a gateway between the Indian subcontinent, Iran, Afghanistan, Central Asia and Europe.

Oman (Dec 23-25)
EAM Dr S Jaishankar visited Muscat on December 23 for a three-day visit. The visit was the EAM’s first to Oman after taking charge in May 2019, and focussed on enhanced engagement with the Gulf region and cooperation with Oman in the field Maritime Transport. EAM and Yousuf bin Alawi bin Abdullah, Minister of Foreign Affairs of the Sultanate of Oman, reaffirmed their shared interest in the stability and security of the Gulf region.