Throbbing in the heart of India, Chhattisgarh is gifted with an invaluable cultural legacy and archaeological wonders befitting for travellers seeking unusual charm

If there is one state whose gems are yet unexplored and enchanting in their raw, untouched territories, it is Chhattisgarh. Its unique cultural and ecological identities, ageless monuments, extraordinary wildlife, skillfully chiselled temples, Buddhist sites, fortresses, waterfalls, caves and rock paintings make it like no other territory for the discerning traveller.
With 44 per cent forest cover and 32 per cent tribal population, the state attracts nature-lovers from around the globe. With three national parks and 11 wildlife sanctuaries resplendent with natural wealth in flora and fauna, the state marks itself as an important wildlife destination on the tourism map of India.
Moreover, its archaeological sites and temples boast a rich heritage of carvings and sculptures, and the state was once a thriving centre for Buddhism – a legacy that continues to shine even today.


Tala ruins
Located within a single complex and standing adjacent to each other, the remains of the legendary Devrani and Jethani temples on the banks of river Maniyari at Tala or Talagaon are a sight to behold.

Chitrakote Waterfalls
Better known as the Niagara Falls of India, the Chitrakote Waterfalls fall from about 100 ft and widen up to 150 m in monsoon. The source of this horseshoe-shaped waterfall, located near Jagdalpur in Bastar district, is the river Indravati, a tributary of river Godavari. The falls can be best experienced during and after the monsoon months of July and October, and the Dandami Luxury Resorts and Cottages offer a good stay option nearby.


Bhoramdeo Temple
Standing mighty and popular as the Khajuraho of Chhattisgarh, the Bhoramdeo Temple is famous for the captivating 11th century Lord Shiva Temple on the banks of River Sakri. The temple, situated at Bhoramdev, 21 km from Kawardha, was built by King Ramchandra of Nagar dynasty. 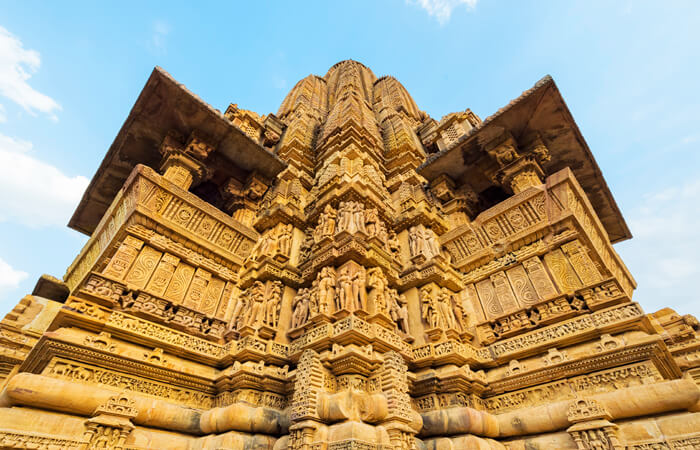 Sirpur
Surang Tila: Excavated in 2005-06, Surang Tila was built by Mahasivagupta Balarjun in the 7th century. It is dedicated to the Trinity of Brahma, Vishnu and Shiva. Built in Panchayatan style of architecture, with the main temple in the centre and four others in the corners, the temple can be reached by a flight of 37 steep limestone steps.
Teevardeo Buddhist Monastery: The Teevardeo monastery, as revealed by excavations, is believed to date back to the times of Somavasi King Teevardeo. The doorway to the monastery depicts in stone chapters from Buddha’s life, and stories from the Panchatantra.
Lakshmana Temple: Dedicated to Lord Vishnu, the temple is believed to have been built in Circa 625-650 AD. Historians suggest it was built by Queen Vasata, the widow of King Harshgupta, and stands on a platform inside a pillared mandapa.

Champaran
The village of Champaran, located around 60 km from Raipur, is celebrated as the birthplace of the saint Vallabhacharya, the founder of the Vallabh sect. A majestic temple has been built here as a mark of reverence for the sage. The Champakeshwara Mahadeva temple is yet another marvel to visit. 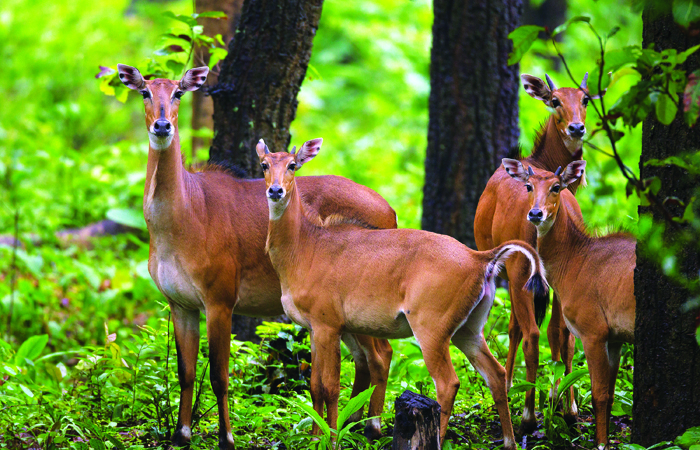