Call of the wild

Call of the wild


There are about 400 species of mammals, 1,250 species of birds, 460 species of reptiles, 240 species of amphibians and 2,550 species of fish in India. We bring to you some of the lesser-known conser-vation areas across the country which are known not just for the wildlife they protect, but, also for the bewildering mix of habitats they present

The Orang (Rajiv Gandhi) National Park (ONP) is situated on the northern bank of the Brhamaputra river in the Udalguri district of Assam. Constituted as a National Park in 1999, the ONP is often called Mini Kaziranga owing to the population of the great Indian one-horned rhinoceros that call the area its home. Spread across an area of 78.8 sq km, the park attracts tourists for its captivating natural beauty and numerous migratory birds that travel here from as far as America (milky-white pelicans).

How to reach: The nearest airport is Saloni, 10 km from Tezpur (32 km from the park) in Sonitpur district, around 140 km from Guwahati.

Founded in 1981, and after two subsequent expansions in 1988 and 1990, Hemis National Park, with a total area of almost 4,400 sq km is the largest of its kind in South Asia. Situated across the Union Territories of J&K and Ladakh, the park boasts almost 200 snow leopards, the apex predator of the Central Asian highlands. The park is also home to a population of 1600 locals and the 400-year-old Hemis Monastery. An interesting feature of the national park is that it lies in a rain-shadow area which results in high-altitude arid fauna like dry forests of juniper, populus and birch that are both rare and a delight for nature enthusiasts. 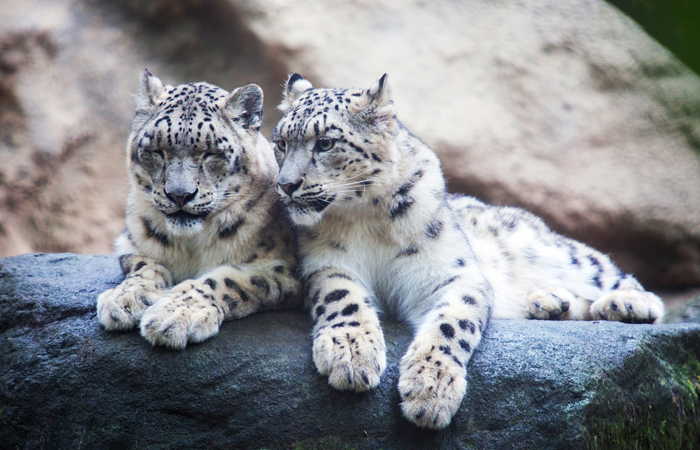 How to reach: The easiest way is by air as the Leh Airport is a mere 5 km from the park.

Manipur is a delight when it comes to the flora and fauna around the region. It is also home to the world’s only floating national park! Situated on the iconic Loktak Lake, the Keibul Lamjao National Park (KLNP), spread over an area of 40 sq km, consists of large floating masses of soil that are filled with diverse, beautiful and unique wildlife.The national park is home to the rare and endangered Manipur brow-antlered deer, popularly known as the state’s dancing deer, the Sangai. The lake has been shortlisted as a tentative addition to UNESCO’s list of world heritage centres. 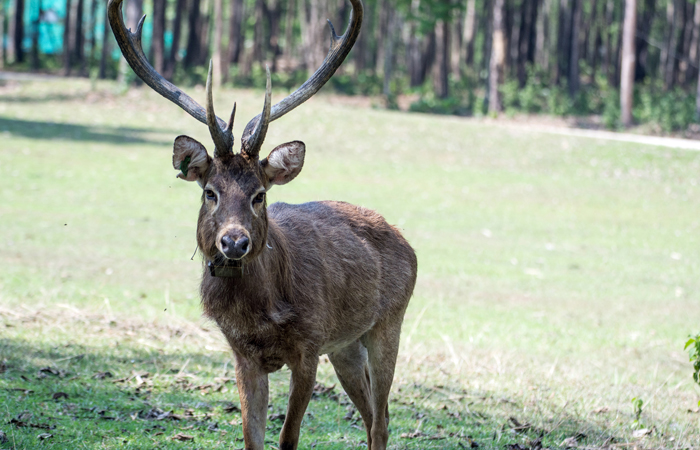 How to reach: The KLNP is located 54 km by road from the state capital, Imphal.

Nestled between the tourist hotspots of Udaipur and Jodhpur lies the not-so-well-known Jawai Dam, close to the village of Bera and the site for the Jawai or Bera Leopard Conservation Reserve. With its arid surroundings, a large reservoir and cave-filled hillocks, the area is home to the iconic cave-dwelling leopards. An interesting aspect of this conservation area is that the local population has adapted to the wildlife and have petitioned the government for a ‘community status’ for the area, meaning that the protection of wildlife would jointly be the responsibility of the local community along with the Forest deptt It is believed that the chances of spotting a leopard are as great as 90 percent on every visit! 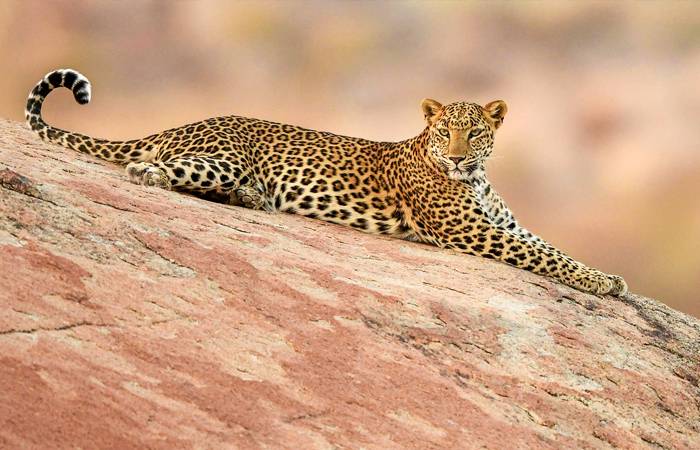 Highlights: Cave-dwelling leopards and an experience of Rajasthan’s rural life.

Formerly known as the Bharatpur Bird Sanctuary, the Keoladeo Ghana National Park is situated in the Bharatpur district on the state’s eastern periphery. Constituted in 1982, the park was added to list of UNESCO’s World Heritage Sites in 1985 owing to the 370 species of birds and animals that the reserve protects. Originally established as a game reserve for maharajas in the 1850s, the park is now a breeding ground for the rare and elusive Siberian crane and is considered to be one of the most important feeding and breeding grounds for avian species in the world. Due to its largely harmless wildlife population, there are numerous self-guided and demarcated trails that can be easily traversed. 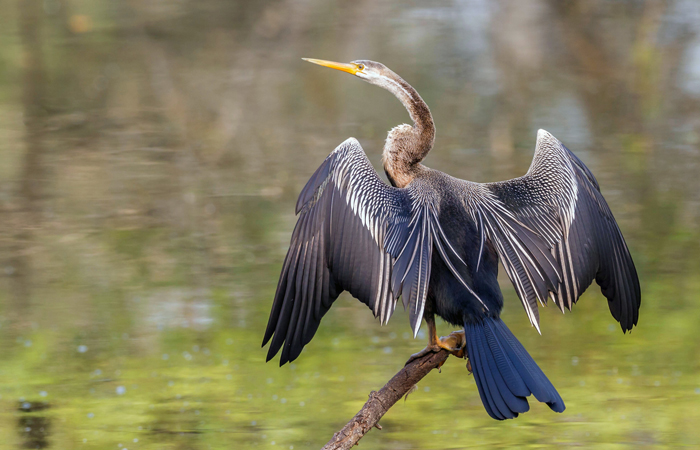 Highlights: Rare bird sightings and safaris on foot, bicycle or rickshaws around the park

How to reach: The nearest airport is Agra (56 km away). The park is just three hours from Jaipur (182 km away) by road.

The only high-altitude, cold-desert national park in the mountainous state of Himachal Pradesh, the Pin Valley National Park is located in the Spiti subdistrict of Lahaul and Spiti. The park was first started in 1980s and now covers a total area of 675 sq km as the core zone and 1,150 km as a buffer zone. With its headquarters in the nearby village of Kaza, the park is home to as many as 1,600 people during the summers in the 17 villages called dogharies (summer settlements). The park is home to snow leopards and several other endangered species, including ibex, bharal, bearded vultures etc. An interesting feature is the approximately 400 species of flora with high medicinal properties which grow in the region despite the harsh climatic conditions. 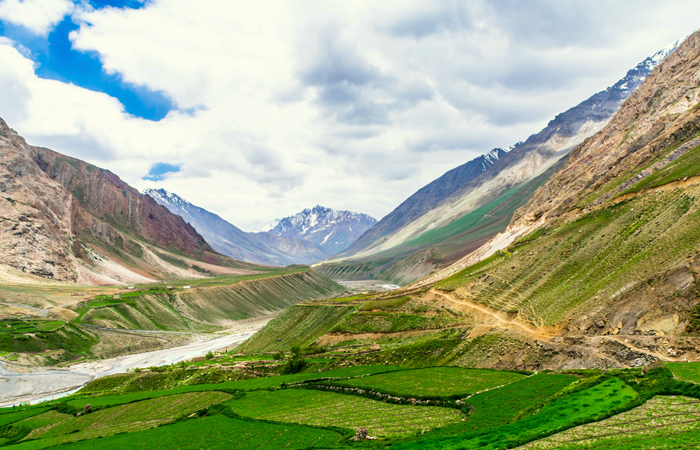 How to reach:  The Park can be reached by road via Manali in summers through the Kunzum Pass and via Shimla in the winters through Reckong Peo.

One of the few marine conservation reserves in the country, the Mahatma Gandhi Marine National Park (MGMNP) was established in 1983 in order to protect the rare ecosystem of coral reefs, mangroves and vegetated islands. The reserve covers an area of 281.5 sq km, of which almost 220.5 sq km, is the protected area over territorial waters around Wandor, 29 km west of Port Blair. The park is home to over 300 species of marine fauna and dolphins, turtles, sharks are regular visitors along with the critically-endangered dugong (sea cow). The MGMNP encompasses a total of 15 islands that are surrounded by fringing coral reefs with almost 120 different species of corals recorded so far. 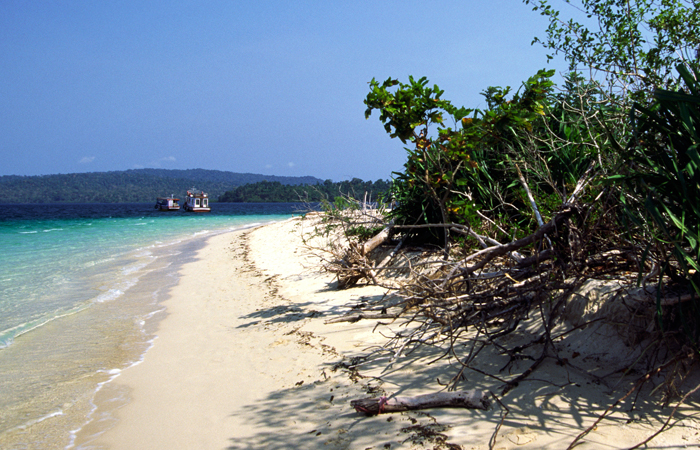 How to reach: The park is accessible by road from Port Blair, capital of the Andaman and Nicobar Islands.

Conserving one of the last remaining rain forest of Kerala, the Silent Valley National Park was formally inaugurated in 1985.  The forests of the Silent Valley National Park harbour some of the most pristine, unique and highly-productive ecosystems in the world. The area is also home to the critically-endangered lion tailed macaques, which also is the flagship species of the park. The administration is actively involved in promoting eco-tourism through sustainable resorts and river huts along with guided camping activities around the area. 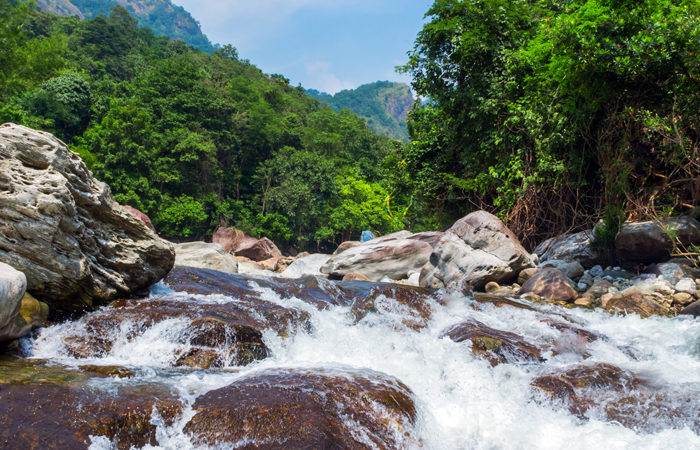 The Tadoba National Park and the Andhari Wildlife Sanctuary together form the Tadoba-Andhari Tiger Reserve (TATR) covering an area of 625.40 sq km. Named after the local deity Taru and the Andhari river that flows through the reserve, the TATR, officially amalgamated in 1995, is home to a sizeable population of tigers, which are a major tourist attraction. The reserve also protects large herds of chital, the stately sambar, the elusive barking deer and herds of wild boars. The area is surrounded by forests of teak and several species of trees indigenous to the region including ain, shisham etc. 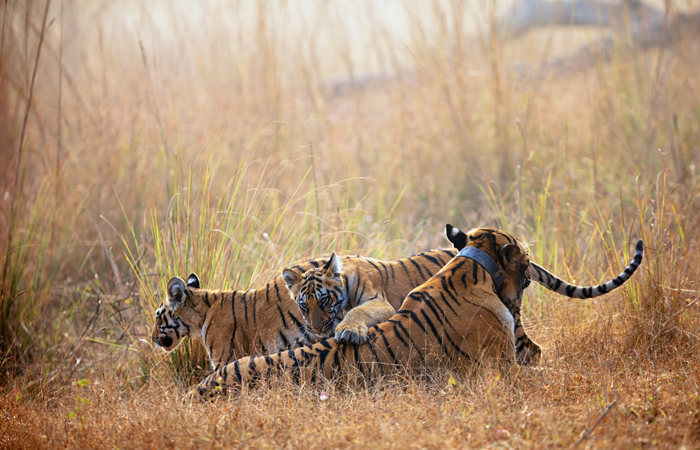 Highlights: TATR is one of 50 tiger reserves in India. Sloth bears and eco-friendly accommodation.

How to reach: The reserve is situated just three hours from Nagpur (145 km) by road.