One of the brightest festivals in the Indian calendar, Holi is celebrated in different ways across the country. Keeping the underlying joie de vivre alive, we feature glimpses of the festival from across the nation and the traditions that are followed during the occasion

Holi (March 29, 2021) is celebrated with pomp and joy across the country, and even welcomes foreign nationals and tourists to join the festivities. Here, an international traveller applies colours to a man dressed in traditional Rajasthani attire in Pushkar, Rajasthan 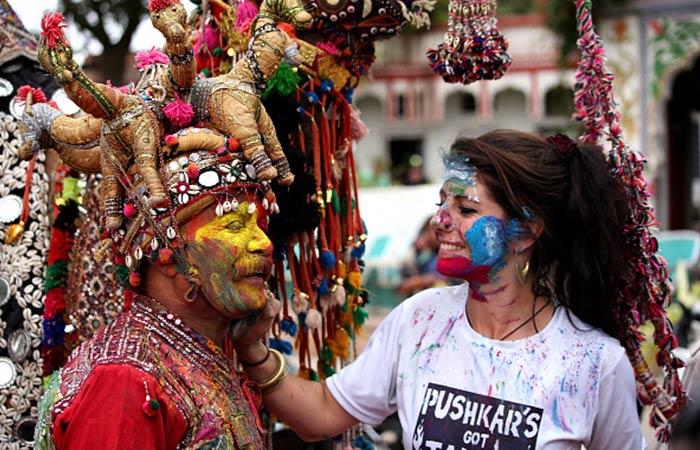 Holi is called Dol Jatra in West Bengal. However, one of the most unique versions of the festival in the state can be witnessed in Santiniketan, where it is known as Bosonto Utsob. A tradition begun by Nobel Laureate Rabindranath Tagore in Visva Bharati, a university which he founded, it is characterised by traditional attires, cultural events and a play of powder colours called rong khela 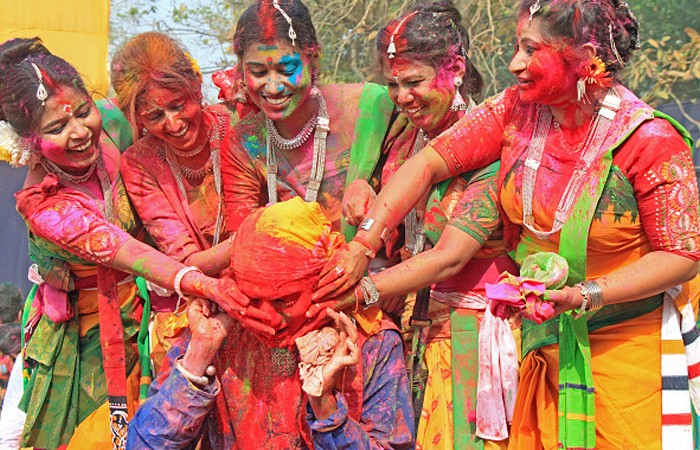 Women playfully hitting men with cloth dipped in coloured water in Beawar, a city in Rajasthan. In this form of the festival played in this region of the state, the mock fight ensues between sisters-in-law and brothers-in-law 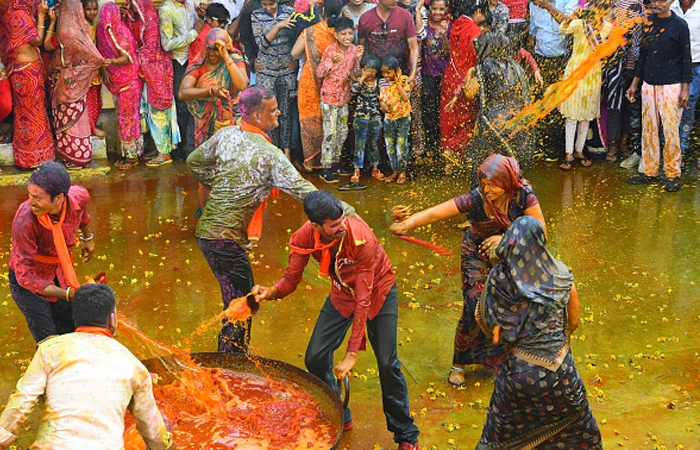 Holika dahan, celebrated a night before Holi in many parts of the country,  is marked by burning a pyre with an idol of  Holika, an Indian mythological character who  was blessed with the boon of being immune to fire. According to legend, Holika’s brother Hiranyakashyap (a demon king) wanted his son Prahlad to worship him. But the young boy was a devotee of Lord Vishnu. Engulfed in rage, Hiranyakashyap conspired with Holika to immolate Prahlad, whose devotion saved him while Holika paid the price of cruelty by burning in the fire. Holika dahan, therefore, also signifies the victory of good over evil 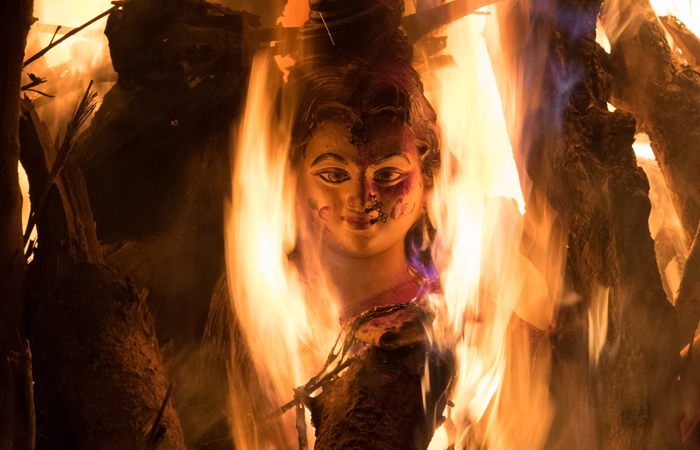 In Bihar, a tradition called Phaguwa or Phagwah is followed during Holi. It is characterised by folk music and dance. Here, students perform during a Holi function at Patna Women’s College 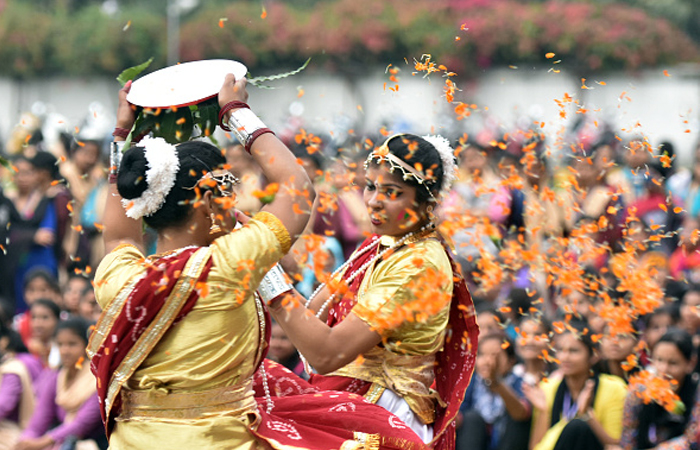 Foreign nationals soak in the spirit of Holi in Rishikesh, Uttarakhand. In the state, Holi is celebrated through various traditions. One of them is called Baithki Holi, in which men sit down and sing songs about the season and the festival 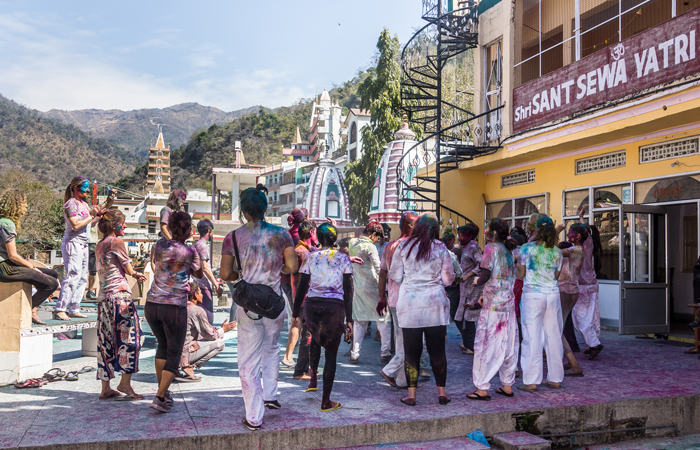